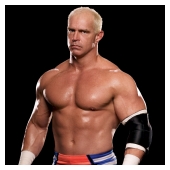 Bob "Hardcore" Holly spent 15 years with the WWF/WWE as a major player during "The Attitude Era". Bringing his hardcore and often ruthless wrestling style and dominance to the squared circle which led him to six Hardcore Championship reigns and three-time World Tag Team Championships. Known for his infamous, "Alabama Slam", thunderous chops and execution of one of the best dropkicks in the business. Wrestler/entertainer, actor, Tough Enough trainer and co-author of The Hardcore Truth.