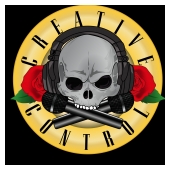 Creative Control with Joe Feeney began in August 2014. It now has thousands of regular listeners. CC has had guests such as Vince Russo, Bruce Prichard, Jeff Jarrett, Konnan, Disco Inferno, Al Snow, Matt Riddle, Eric Bischoff, Diamond Dallas Page, among many others! It can be found on ITunes and Stitcher. In February 2017, Joe joined Keepin It 100 w Konnan as a producer/co-host. In April 2018, Joe started The Creative Control Network. In May 2019, Joe joined The Raven Effect as a co-host.