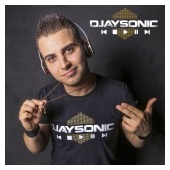 Multitalented musician and highflying wrestler based in Sydney, Australia. Since his debut in 2016, DJAYSONIC has wrestled for some of Australia's most reputable companies, quickly becoming a fan favourite. Ranking TOP 7 on PWI in Australia, DJ's future prospects are to climb to the top of the charts, highfly the GLOBE and get the world JUMPING to the sound of his beats.