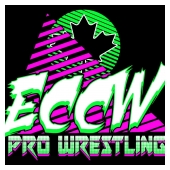 Elite Canadian Championship Wrestling (ECCW) is Canadas premier independent pro-wrestling promotion. We have a 23 year history of excellence in the lower mainland and around BC. ECCW is the home of many of Canadas hottest rising stars such as Scotty Mac, Nicole Matthews, Artemis Spencer, El Phantasmo and Tony Baroni. ECCW has already been a stepping-stone for some of WWEs most exciting acquisitions such as Daniel Bryan, Kyle O'Reilly, The Singh Bros, Becky Lynch, and more!