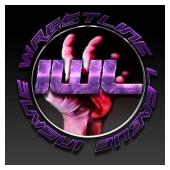 We are the IWL: Insane Wrestling League and we are an indie wrestling promotion based out of Southern California. We have hosted many big names in the business including Paul London, Johnny Mundo, Drake Younger, The Young Bucks, Teddy Long, TJ Perkins, Ricardo Rodriguez and more. We are "insane" because we feature things you would have never thought you would see in wrestling such as Young Bucks super kicking a kid and the Teenage Mutant Ninja Turtles!