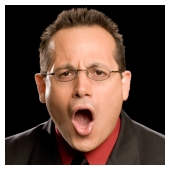 From 1992 to the company's demise in 2001, Joey Styles was "The Voice of ECW". Despite offers from WWE and WCW, Styles always stayed loyal to ECW. After almost five years away from professional wrestling, Styles signed with WWE in 2005 and called Monday Night Raw and pay-per-views including WrestleMania.