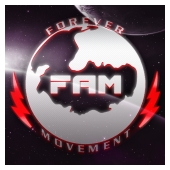 FaM is the biggest and longest running WWE Games Wrestling show in history. The best way we've found to describe the shows we put on, is a cross between WWE programming and an action movie. It's not just wrestling, but instead, a highly cinematic and in-depth viewing experience, that many fans have fallen in love with over the 8 and a half years we've been active. Officially recognised and promoted by 2K Games.