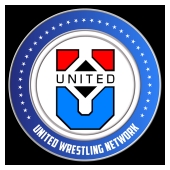 Two years ago, David Marquez heard several dogs were going to be destroyed at a local shelter if they weren't adopted that weekend. Only able to rescue one, he chose a 3 month old Terrier he named Sport! Sport had PTSD from his "hard times" on the streets as a Pup. Today he's become "everyone's" pal who comes through CWFH. The United Wrestling Network is proud to introduce our charity "Sport's Wear" line. All profits from the sales will go directly to area animal shelters.