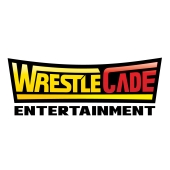 WrestleCade Entertainment is the parent company of NC based AML Wrestling which showcases some of professional wrestlings top talent and future stars battling for supremacy in the squared circle. The AML Wrestling season begins in January and culminates with WrestleCade Weekend each November which annually attracts more than 8,000 fans from around the world to Winston-Salem, NC.