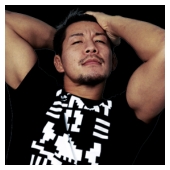 Usually accompanied to the ring by sexy escorts, Takahashi is a talented and experienced asset to the BULLET CLUB. After debuting in New Japan Pro Wrestling in July 2004, Takahashi formed the tag team â€œNO LIMITâ€ with Tetsuya Naito. Through hard work and determination Takahashi has held both the Jr. Heavyweight and Heavyweight IWGP Tag Team titles. At the end of 2012 he embraced the playboy lifestyle and became known as â€œThe Tokyo Pimpâ€ and â€œMr. R-ratedâ€. He left his CHAOS brethren behind and joined BULLET CLUB in May of 2014.